How Do you Give Correction in a Foreign Language? 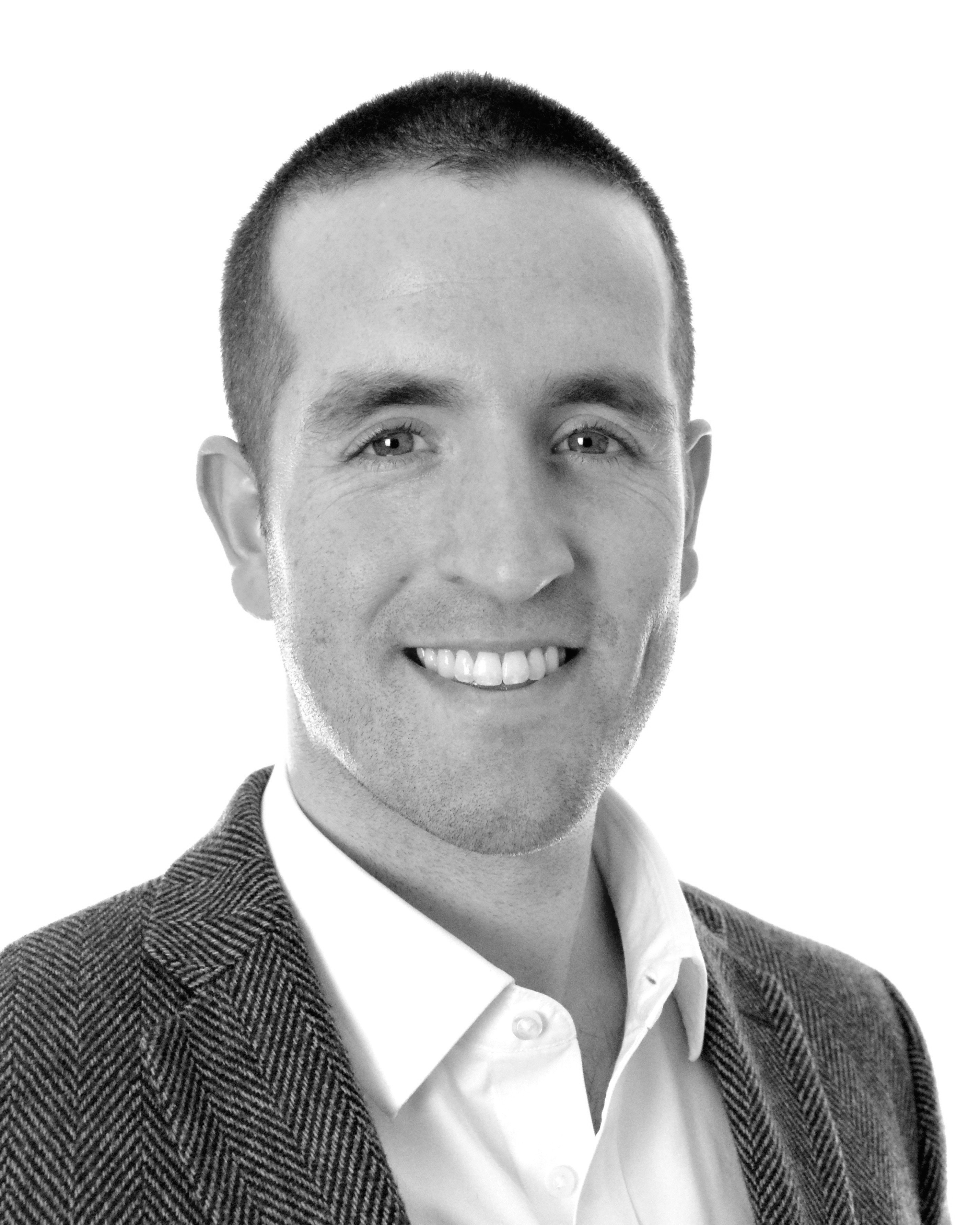 Giving correction to someone in another language is something of an art and a skill. There are many things to consider before deciding whether to correct someone’s language; and if you deem it appropriate to correct them, there are several further considerations in terms of how and when you deliver that correction. In this blog post, we’ll consider the factors in giving correction and look at how to do it in a way that is most helpful.

In a block of time specifically dedicated to language instruction, a student should welcome frequent correction and a teacher should supply it. In a highly focused lesson, the objective should be perfection. If you’re working on writing a text, giving a presentation, or saying specific words or phrases, you want to use time in a lesson to get everything right. It’s a training session – then you go out into the world with confidence that what you have practiced is correct. Time, energy, and will power are all focused specifically on correction, refinement, and improvement.

In conversation practice, the goal is still expressly to improve one’s ability in a language, but the format and nature of such sessions are different. Conversation necessarily has a topic, and so the learner’s focus shifts to expressing thoughts and ideas about that topic. This process will reveal gaps and weaknesses in the learner’s knowledge, but it will also pull focus away from things like pronunciation and grammar. It is difficult to maintain focus on accent, for example, while also trying to express a complex idea. In this context, it is important to help the learner shape their ideas into coherent expressions in the target language first. Nitpicking errors of accent or grammatical agreement is pointless, especially when the learner already knows these rules, but is just too distracted by the effort of articulation to be able to apply them in the moment. Frequently interrupting the conversation partner will also frustrate and demoralize them. If they are searching for an expression, help them find it; otherwise, give them space to finish what they are saying as well as a chance to reformulate it.

Often, we have to “think out loud” and the first time we say something is not very articulate; but we can often rephrase and improve what we’ve said without needing external correction. If, after all this, the learner still needs correction, provide it and help them repeat the correct version, going as slowly as necessary for them to become comfortable with it.

If it is an actual conversation, back off. If you can understand, leave it be. If you can’t understand the person, ask for clarification or help them find the right words. If you notice the same mistakes being made over and over again, then consider saying something. Or, if the person makes an egregious error, go for it. Otherwise, shut up.

Why back off during an actual conversation? Because the person is trying to communicate with you. They are already going a distance to do so by using your language. Sometimes, when you interrupt and correct them when they are trying to say something, you actually communicate a very negative message: I’m not listening to you; I’m only listening to the mechanics of your speech.

Correction can also completely derail a conversation, shifting the focus of all participants onto the mechanics of language instead of what was being discussed. This is often inappropriate.

What is your relationship with the person? Are you their teacher, an exchange partner, or a friend?

In addition to the nature of the conversation, you need to consider your relationship with your dialogue partner. If you are their teacher, it’s far more appropriate to offer instruction and offer it frequently – particularly if they are not learning from and incorporating your instruction. If you are an exchange partner, specifically speaking together to help each other improve your respective languages, then it is also appropriate to offer correction and instruction. For both instructors and exchange partners, the nature of the relationship will usually dictate the environment. For example, a teacher will normally only see a student during a lesson, so you can just apply the principles of environment discussed above. The same is true for conversation partners. In both cases, the purpose of meeting is usually in order to improve language ability.

The waters get a bit murky if you are a friend. It’s appropriate to ask not only if the friend wants correction but also how they want it. Maybe they already have a good idea of what works best for them. Or maybe they don’t really care about getting pronunciation right or grammar. With friends, you have to be aware of changing environment, and you cannot apply the same rule all the time. Sometimes it will be appropriate to offer correction, other times it won’t – you need to consider the circumstances first.

Where are you? Are you in private or are you in front of the person’s friends, colleagues, or complete strangers?

This is a big one. Most people are shy at first when they start speaking a new language. Some are also very proud of their ability in it. In either case, you can quickly upset or irritate a person by correcting them in public, particularly in front of peers or colleagues. Even if they are comfortable speaking with you, that doesn’t mean they’ll be comfortable speaking with others. This is not just a mental thing – it takes time to accommodate different voices and accents, so we need time to warm up in conversations with different people.

It’s actually less embarrassing to be corrected in front of total strangers – you probably won’t ever see them again. You have to consider not only saving the person’s face, but also the difference between competence and performance. A person may have competence in a language but their performance declines in unfamiliar, stressful, and noisy situations as well as when tired, ill, or drunk. Offering correction in these circumstances is usually not that helpful, as the learner may already know correct usage or pronunciation and simply fail to achieve them because of nerves and stress. Even if they don’t know what you are telling them, will they be likely to remember it later? If they are tired, ill, or drunk, then probably not.

In addition to considering the questions of conversation nature, relationship, and environment, we also want to look at a few key guidelines to follow in pretty much all situations.

Asking for correction is not the same as asking for interruption. It’s annoying enough to be interrupted constantly in your own native language, but even moreso in a foreign one. When you are trying to speak a foreign language, you often have to focus much harder on pulling together all the right words and constructions to articulate a particular idea. If someone keeps stopping you midsentence, you’ll lose the thread of your ideas. You’ll also become focused on the correction instead of on communicating. Wait for a pause in the conversation or tell the person later. Again, this rule may not apply in a lesson between teacher and student, but in conversation practice or in an actual conversation it is really important.

If someone wants to be corrected, it does not mean they want to be interrupted.

Help Them Find Their Words

If someone is struggling to find the words to express an idea, and you know what they are trying to say, go ahead and help them formulate the words. This is one of the best ways you can help someone improve. Experientially for the learner, it’s very different from correction. Instead of cutting someone off, telling them they’re wrong, and giving them the correct form, you are co-creating language with them and helping them express themselves and communicate effectively. Whereas interrupting for correction actually breaks down communication and puts emphasis on language mechanics, helping someone find their words does the opposite: it facilitates communication and enhances your relationship with your dialogue partner.

Correct a Mistake When it’s Made Multiple Times

There’s no need to correct everything. A lot times, a person may know right away that they’ve made a mistake, so just let them correct themselves as much as possible. Also, if a person makes a mistake and doesn’t know it, they will likely make it again. If they make the same mistake a few times, then raise the issue in a pause in the conversation or write it down and tell them later.

You also need to judge over time whether a person corrects their mistakes. Do they actually adjust their habits, or do they keep on making the same mistakes even after being corrected multiple times? If you’ve already corrected something a few times without any change and you are not the person’s teacher, you might consider giving up on correction and leave them to their mistakes.

If someone makes a big mistake – such as accidentally saying something inappropriate or misusing a word to the point of incomprehension – then go ahead and correct them. This is a genuine courtesy, even if it is embarrassing for the person. How you do this is important, though. Again, consider the environment and the person. Are they nervous or comfortable? Are you in public or in private? Laughing in the person’s face and calling them out in front of their colleagues is probably not the best option – at least, not if you want to maintain your relationship with that person. You might consider pulling them aside and explaining. “Hey, I know it’s not what you were trying to say, but I thought you should know, the word you used actually means…” Always consider things from their shoes – in another situation and another language, it could definitely be you making the same kind of mistake!

Write it Down for Them

Correcting things orally can be difficult, particularly if you are on the move. A great courtesy you can provide a language learner is to write down the correct word or sentence they were trying to say. This way, they can study it and review it at their leisure later when they are in an environment more conducive to learning and remembering. It can be really difficult to remember details while out and about, and sometimes it is difficult for people to understand what word or construction you’re using unless you write it down.

If you are texting with a person, you can even rewrite their texts correctly and send them back to them. Texting tends to be repetitive, so there’s a good chance the person will send the same or similar message again another time, whether to you or to someone else. It’s really useful to have a written record of the correct form.

If you want to help someone improve, then just throwing correction at them is not always the best way of doing that. When, how, and how much correction you provide makes an enormous difference. You need to consider your environment and your relationship, as well as the person’s current state. You cannot just apply the same rules all the time with the same person. Always try to put yourself in the other person’s shoes. If you’re exhausted or nervous and trying to communicate something important, would you want someone interrupting you to nitpick your grammar or pronunciation? Probably not. At another time, however, you might be working on preparing a presentation or talk; in that case you would be really angry if you did not receive correction because you would then go out and make a fool of yourself in public. Consider all of the points in this blog and always adjust your correction for the situation and person.

The most important rule to follow is: let your correction be motivated purely and have empathy for the person you are correcting.